Ven. Wonhaeng, the 36th President of Jogye Order, South Korea’s largest Buddhist sect, paid a courtesy call on the prime minster during his trip to Pakistan, according to the official.

The statue is currently at Lahore Museum in Pakistan. 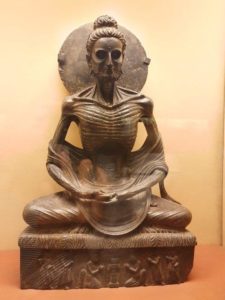