Jacqueline Dennis Subhash, Head of Christie’s Indian, Himalayan and Southeast Asian Art department, explains how and why this sculpture was made, and recalls her visits to the bronze workshops of the Kathmandu Valley

Almost half a metre in height, this large, gilt-bronze figure of a buddha was made some time between the 17th and 18th centuries by the renowned Newari artisans of the Kathmandu Valley in Nepal.

‘The Newari have been making Buddhist statues since at least the sixth century, transmitting deep iconographical knowledge gleaned from sacred texts through the generations,’ explains Jacqueline Dennis Subhash, the head of Christie’s Indian, Himalayan and Southeast Asian Art department.

Twenty years ago, when Subhash was a Tibetan Studies undergraduate at university in Kathmandu, she regularly visited their workshops. ‘There are foundries everywhere throughout the valley, still alive and well,’ she says. ‘Even today you could walk into one and commission a gilt-bronze statue of your choice.’ 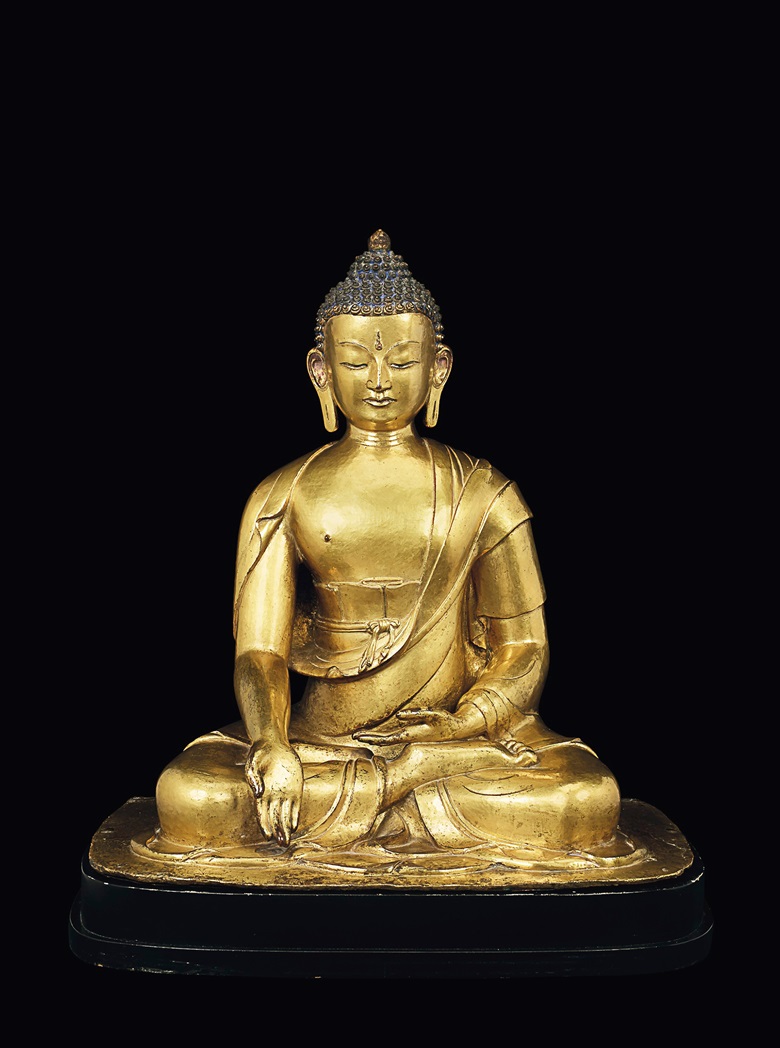 The Newari create their sculptures using the lost-wax technique. It involves coating a wax model in clay mixed with dung and rice husks, then firing it to melt the wax and leave a hollow cast into which molten bronze can be poured.

In the Kathmandu Valley, craftspeople use a particularly high volume of copper in their bronze alloy, 85-95 per cent, which gives the metal a deep russet tone — visible here on the sculpture’s reverse.

Like many Nepalese bronze sculptures, this figure has been fire-gilded — a process that involves washing the statue with gold and mercury. When fired, the mercury evaporates to leave a gilded film bonded to the surface.

‘Mercury vapours are very toxic,’ warns Subhash. ‘Mercury poisoning is still common in Nepal, but to help combat it, artisans practice an ancient technique of standing upwind with a mouthful of raw meat, which is believed to absorb the vapours.’ 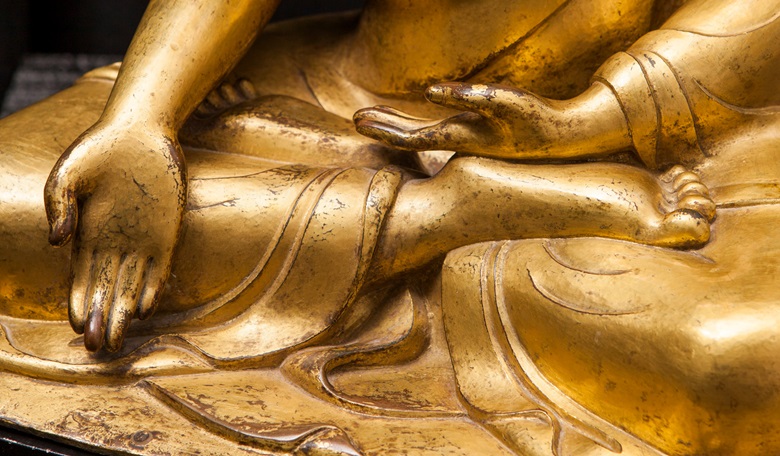 Subhash can’t think of more than ten bronze buddhas of this calibre that have gone under the hammer during the past decade. ‘And of those ten, only a third were Nepalese,’ she adds. ‘When you also consider the fact that this statue has been in the same private German collection since 1973, its sale becomes an exceptional moment.’

And if Subhash was to own it? ‘Can’t you just picture him on a Noguchi table in front of a Rothko?’ she says with a smile. ‘Timeless.’