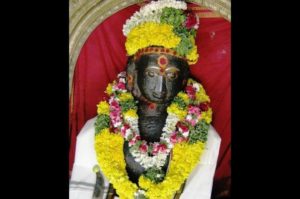 The Madras High Court has ordered the Archaeological Department to take control of the Thalaivetti Muniyappan temple in Periyeri Village of Salem District in Tamil Nadu after it was found that the sculpture there was of Lord Buddha.

The Madras HC, in a recent order also banned pooja and other Hindu rituals there and directed the Hindu Religious & Charitable Endowments department to erect a board inside the property depicting the sculpture inside was that of Buddha.

The rather unusual order came after an archaeological probe directed by the court found that the deity – Thalavetti Muniappan was originally a sculpture of Lord Buddha.

The case was filed by one P Ranganathan and the Buddha Trust in Salem in 2011 claiming that the Thalavetti Muniyappan Temple is a Buddhist site.

He had sought the court to direct the Archaeological Survey of India (ASI) to inspect the statue to find its identity and antiquity. 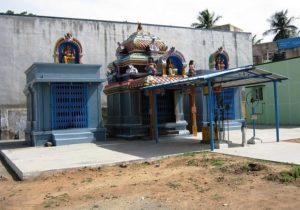 In its report, the Archaeological Department said that after examining the available archaeological and historical evidence, opined that the sculpture depicted several mahalakshanas of Buddha.

“The sculpture was made of hard stone. The figure was in seated position known as “ardhapadmasana” on a lotus pedestal. The hands are posed in “dhyana mudra”. The figure were a sagati. The head shows lakshanas of the Buddha such as curly hair, ushnisa and elongated earlobe. Urna is not visible on the forehead,” the report submitted in the court stated.

Continuing Hindu prayers is against tenets of Buddhism

Based on the report, the court held that the sculpture is of Lord Buddha and added that treating the sculpture as that of Thalaivetti Muniappan would be against the tenets of Buddhism.

“The mistaken identity cannot be allowed to continue after coming to a conclusion that the sculpture is that of Buddha. In view of the same, the original status must be restored and permitting the HR & CE Department, to continue to treat the sculpture as Thalaivetti Muniappan, will not be appropriate and it will go against the very tenets of Buddhism,” the court said, in its order dated July 19, which was made available on August 1.

While the court allowed the public to continue visiting the place, it has made clear that no Hindu prayers and rituals will be allowed there.