The Gump’s Buddha, reported to be homeless in a December story in The Chronicle, will soon have a new home. The statue is going to be on the Christie’s auction block on May 29 in Hong Kong. Chris Jehle did the math of converting Hong Kong dollars to U.S. dollars and says the estimate of what it will fetch is $3.9 million to $6.4 million.

“The Gump’s Buddha, property of an American family” is described by Christie’s as a “highly important and monumental imperial gilt-lacquered wood figure of the Medicine Buddha.” Medicine Buddha is a healing and serenity-making practice of Buddhism, personified by a Buddha said to have taken 12 great vows after having attained enlightenment.

The statue, including its pedestal, is 95 inches tall, made of wood painted bronze. It was bought in Kyoto in 1957 by Martin Rosenblatt, an executive and buyer for the store. A previous Buddha had been donated to the Japanese Tea Garden.

The Chronicle reported that when Gump’s was sold (for $8.5 million in 2005), New Yorker John Chachas, one of the investors who bought it, paid extra for the sculpture. By the time Gump’s announced its bankruptcy, last summer, the Buddha had been removed from the store, replaced by a photograph of it. Store personnel were mystified about where the statue had been taken, which is why The Chronicle described it as having vanished. According to Christie’s, “Works acquired at Gump’s not only enhanced — and still enhance — wealthy homes throughout the nation,” but also have wound up “in numerous public galleries.” 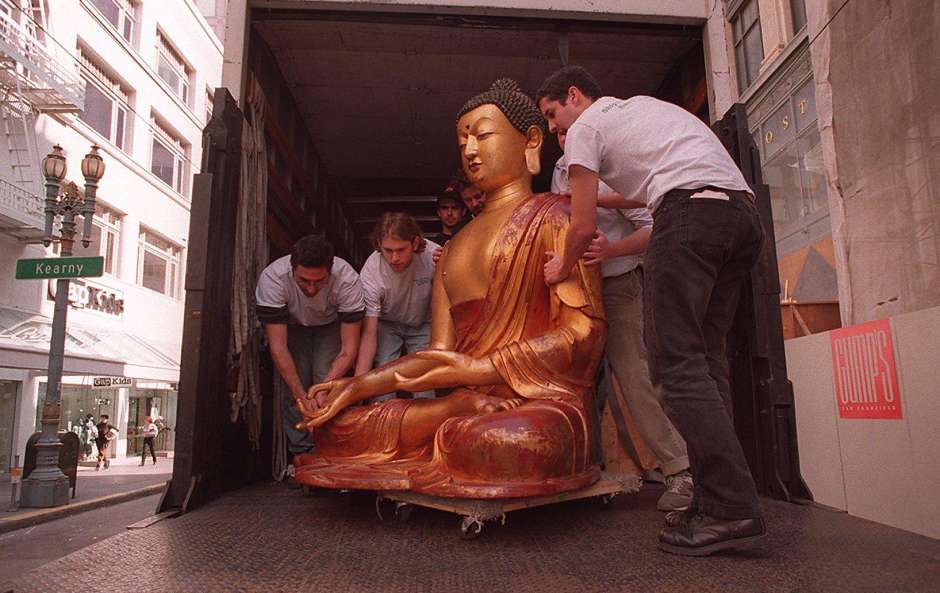