SHIJIAZHUANG — A group of Buddhist cliff carvings created during the Song Dynasty (960-1279) have been discovered in North China’s Hebei province, according to local archaeologists. 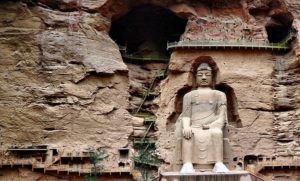 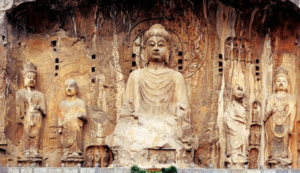 Found near Cejing village in the city of Shahe, the carvings are on the north side of a mountain. A total of 23 Buddha figures were carved, with the largest one standing 1.5 meters tall in the center.

Archaeologists believe the largest figure dates back to 1078, based on the inscriptions on two carved stone tablets flanking the Buddha figures.

The carvings are of high historical and artistic values, and the finding will provide new materials for research on Buddhism in the area, said Han Zhigang, director of the cultural relics preservation institute of Shahe.

Han added that the inscriptions on the stone tablets also bear significant research value for understanding calligraphy in the Song Dynasty.