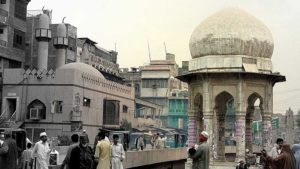 PESHAWAR, (APP) – Known as the oldest living city in South Asia with a documented history of 2,500 years old, Peshawar carries a unique distinction of being a custodian of eight to ten ancient civilizations including Gandhara, making it a centre of attraction for foreign and domestic tourists due to its unique archaeological sites and glorious history.

Famous for ancient Balahisar Fort and Qissa Khwani Bazaar, Peshawar was officially declared by the Archaeology Department as the ‘Oldest Living City’ in South Asia with its history goes back to 539BC. Director Archaeology and Museums, Dr. Abdul Samad Khan told APP that recent Gor Kathri’s scientific excavation has disclosed that Peshawar was the oldest living city in South Asia inhabited by the humans with diversified culture, language and architecture. 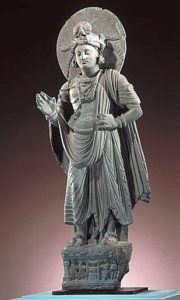 He said Gor Khatri excavation, architectural designs, food and languages have revealed that eight to ten ancient civilizations existed in Peshawar. The excavation at Gor Khatri, which continued for several years and published in British Journal ‘Current World Archaeology’ titled `The deepest and biggest excavation in the world’ has revealed 20 layers that provide a complete profile of the Peshawar city ranging from British down to pre-Indo-Greek era.

The excavation discovered that Peshawar was a province of Persian Alchamenian Empire in four to six century BC and later came under the influence of Mauryans, Greeks, Scythians, Kushans, Sasanians, White Huns, Ghaznavis, Slave Dynasty, Ghoris, Suri Afghans, Mughals, Durrani, Sikhs and the British before the creation of Pakistan.

Conquered by Greeks and ruled by Buddhists, Peshawar had witnessed rebuilding by Brahmins, invaded by Ghaznavis, captured by Mughals, over run by Sikhs and annexed by British in succession. Despite witnessing the onslaught of worriers, kings and invaders that marched from Afghanistan, Central Asian Republics to the Subcontinent through historic Khyber Pass, Dr Samad said that Peshawar’s remained intact and a centre of attractions for tourists and traders since its establishment.

“Qissa Khwani Bazaar remained centre of attractions for international traders and merchants, who often stayed here to enjoy its famous Chappli Kabab and others delicious cuisine with traditional Qehwa and exchanged stories about each others’ culture, food, art and music before departing to Central Asian Republics (CARs) and Subcontinent for trade.”

During stay at Qissa Khwani, he said the international traders had got a unique opportunity to explore almost all the historical sites and buildings of Peshawar like Sethi House, Balahisar Fort, Ghanta Ghar, Chowk-e-Yadgar, Mohabat Khan Mosque and Peshawar Museum. Terming Peshawar Museum is one the world’s largest museums of Gandhara art, Dr Abdul Samad said that conservation of its British era’s building was almost completed with an estimated cost of Rs. 20 million which would soon be opened for the general public.

“The museum currently houses 4,0,000 rare antiquities and artifacts besides complete life story of Lord Bhudda, attracting Bhuddists and monks from across the world.”

He said conservation work of the historical building of Mohabat Khan Mosque has been completed and efforts are underway to renovate it in original shape, adding that 40 percent work on its ceiling and minarets besides adjoining portions were also completed. The archaeology guru said that Rs 87 million were approved for conservation of Mohabat Khan Mosque and the KP Chief Minister had already passed directives to allocate more funds for completion of the mega project.

Dr Abdul Samad said that 42 encroached shops and adjacent plaza have affected building of the historical mosque and negotiations were underway to convince the traders and shopkeepers to remove these shops. Bakhat Muhammad, Assistant Director Research, Directorate of Archaeology and Museums said that around 3,000 historical sites were existed in Peshawar, Charssadda, Swabi, Nowshera and Mardan districts including 1,840 ancient buildings in Peshawar. Besides Gor Khatri, he said Dalazak Tomb, Kotla Mohsin Khan, Sakhi Mahuddin tombs, Chacha Younas monument were declared protected sites while Sakhi Shah Mardan Villa, Bejo tomb, Qissa Khwani, Lady Reading Hospital and others as non protected. He said British era Sethi House Peshawar, a historical building of the British era carrying a unique architectural value and eye-catching wood craftsmanship, was purchased by the KP Government and was converted into a full-fledged museum. Inspired by Muslims and vernacular architecture of Bokhara Uzbakistan, he said Sethi family associated with international trade had constructed the masterpiece in 1886 after migrating from Punjab to Peshawar in early 19th century at Mohallah Sethian where about seven Havelis were built in almost the same style, signifying their aestheticism.

“I have heard a lot about the wood craftsmanship of Sethi House and found it correct today after visiting the architectural wood wonder of Peshawar,” said Engr Khushal Khan, a resident of Dir Lower while talking to the news agency.

“The impressive building with eye-catching wood designs, red and greens’ window glasses and ventilators structure of Sethi House have impressed me the most.” Dr Abdul Samad said focus was being made on completion of 12 ongoing projects including conservation of Mohabat Khan Mosque, development of key archaeological sites of Swat, Takht Bhai and preservation of Kalash culture in Chitral, curbing illegal excavations and smuggling of antiquities and preservation of colonial era archeological sites. He said that 800 new archaeological sites were discovered in Khyber Pakhtunkhwa. Regarding new projects in budget 2022-23, he said that Rs. 100 million were allocated for a new project ‘documentations of archeological sites in merged tribal districts’ and practical work on it would start during the next fiscal year.