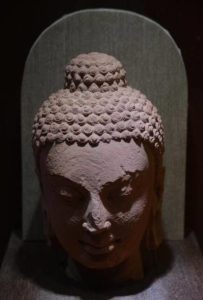 The National Museum’s extensive collections are set to be displayed in new locations in the city, with galleries on Buddhist art expected to be opened within the next few weeks and work on museums of arms and armour, Freedom struggle and Jammu and Kashmir underway at the Red Fort.

The Buddhist galleries, located in the Archaeological Survey of India’s former offices next to the National Museum, were set to be opened within a week or two, a National Museum source said on Monday.

The National Museum building on Janpath is among the buildings proposed to be demolished as part of the Central Vista redevelopment project and the museum itself moved to the North and South Block. However, the plans for these projects and timelines have not been announced.

In a reply to the Lok Sabha in August, Culture Minister G. Kishan Reddy said the museum on Buddha was being “developed in a renovated century-old majestic building and spread over an area of about 15,000 square feet, surrounded by a lush green landscape”. He added it was a first-of-its-kind museum on Buddha and would include over 200 objects dating back to the 1st Century CE.

Mr. Reddy had further stated that the museum on the Freedom struggle would have an interactive approach and tell the stories of those who fought for Independence.